I am taking a break this week from my six-week series “how to find a job in education,” in order to address something that has been weighing heavily on my heart.

This past Friday, the high school in which I was previously employed played their heated rival under the Friday night lights. I always enjoy going to this particular match-up as it brings out pageantry and pride as both teams fight equally as hard as the other to beat each other. It is a lot of fun…usually.

This past Friday ended a bit more…bitterly, to put it mildly. A student posted:

Let me preface this particular post by stating that I do not think this behavior was exhibited by all members of the student body. This is not an attempt to villianize any of the students who were not at fault here. Additionally, I do not think this particular issue is as simple as “black or white,” although is black and white really that simple? I’m sure parenting and self-control enter into this particular conversation as well. I am going to hyper focus on the latent racism that is present in these students behavior…racism that I hear a lot among some of my favorite white people. These white people attend church and donate to worthy causes and love everyone. I wouldn’t ever typify these people as “racists.” Race is such a delicate issue, and I will try to do my best to handle this subject with as much care as I can. Still, I feel a sense of urgency to address my white friends and their white kids. In part, because I think many of my white friends are simply ignorant as to how to appropriately discuss this topic. In part because I think the word “racist” incenses all of us, but it is a word that needs our attention.

I suppose the treatment of bigotry and racism is confusing for a lot of people. I suppose that is why I was so shocked to see the media jump on Mark Cuban for this particular interview:

“We are all prejudiced in one way or another,” could not be more universally true across races and cultures. People immediately wanted to pull his words out of context and hold the “racist” banner high above his head, when really, he was entertaining a conversation we should all be having with ourselves and our loved ones. We all have prejudices; the internal dialogue we all have to entertain is “how can I be sure I am not a hypocrite and how can I manage the prejudices that I have? ” Many of my friends posted this video in response to Mark Cuban’s words in March.

Stephen Smith agrees with Mark about inherent prejudices and allows for a balanced conversation across racial lines. I love the build up of Smith’s argument to urge others to follow the “American Dream” who is available to all who are willing to work for it. Isn’t that what we all want? When I say all, I mean all of us; each member of this, our great nation of the United States of America, regardless of our color, class, or religion.

Phew. I think I still have the attention of most of my white readers (which I think is a great majority of my readership), so let me gently tell you five things I wish you, my white reader, knew about my black students, colleagues, and friends.

1. Telling a black person “you’re the whitest black person I’ve ever met,” is not a compliment. I will attempt to put this in terms that white people can understand. One time, I wanted to save a little money on highlighting my hair while I was in grad school. I decided I wanted to go to a light brunette and showed the hairstylist (whom I had never worked with before) this photo: 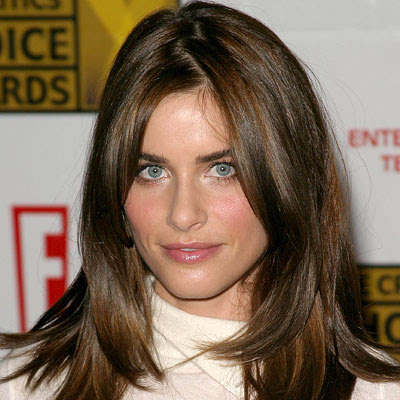 I’ve been told I resemble Amanda Peet, so I thought this would be a nice color and seamless transition from very blonde to mid-brunette. What I ended up with was this: Not exactly what I had in mind

Or at least, this is what I ended up with after I returned to the salon and begged them to take some of the color out of my hair. It was BLACK. As I was getting my hair blown out, I was holding back massive tears and frustration successfully. I got out of the chair to pay and some of the women in the lobby commented, “you look so exotic!”

I know that some people would’ve taken this as a compliment. And I suppose, to some extent, I did. I felt like I had to receive some positivity as my mind was racing with the disbelief that I had just ruined my hair: all in the name of saving a few bucks. I would’ve gladly paid anything to reverse my mistake, but I knew that I would fry my hair if I tried to go blonde too quickly.

When I heard these well-intentioned women compliment my “exoticism,” I felt my ears rage with heat. I was not, and had never been exotic. I have always just been a blonde (in varying shades, but a blonde nonetheless). I didn’t feel pretty when they called me exotic, I felt like a fraud.

When you tell a black person that they are the “whitest person you know,” you’re telling them that they don’t fit into the culture in which they were raised. This seems like a compliment coming out of your mouth because you’re white, and most of the people you know and love the most are white. Still, what you’re suggesting is that the race of said black person is somehow duller, less articulate, more eccentric, and (essentially) inferior to your own race. You don’t mean it, but that is generally how it is perceived.

Please take this sentence out of your syntax; it isn’t high praise; it makes your black friend feel like a fraud.

2. When you say, “it’s a good school,” we all know what you’re saying and what you’re not saying. It pains me to elaborate on this topic. I have taught in different high schools across the most diverse county in the state of Georgia and what I can tell you is that kids are kids. You’re going to have the same social issues in whatever school you attend, regardless of which race predominates the school environment. Certainly, there can be a class divide which makes different schools have more difficult or dangerous issues; students whose parents cannot afford quality housing or who have been unemployed for a number of years have survival as their top priority, and not straight A’s. If I can be totally frank, I am discussing the schools that are the same class, but a more diverse student body. The reason why I loved the school that I taught in was because it was truly diverse: nearly every country was represented in one way or another within the walls of the high school. I genuinely believe these students will have a leg up when it comes to integrating in fortune 500 companies (and most of them will be employed by such companies) because they understand how to communicate with one another. That is all I will say about that.

3. Just because something is in a rap song doesn’t mean that it is okay to use in conversation with a black person. If you ever tell me to “slide my little sugar shaker” toward you, prepare to get slapped. Just because country artists are predominantly white doesn’t mean I use the same phrases as country artists or approve of the fact that ALL OF THE WOMEN IN THEIR SONGS HAVE LONG TAN LEGS and are wearing cutoff jeans. AND I LISTEN TO COUNTRY.

Additionally, other rap lyrics that can be classified as misogynistic or degrading should never be used lightly. The use of the term “thot” is not okay. It is not okay to suggest that women are “hoes,” or “whores,” or “sluts,” or anything along those lines because you heard it in a rap song. I thought that was common sense.

4. Ghetto knows no race. I’ve rolled my eyes at so many people over the years for using the phrase “only God can judge me.” This should frighten people, but most use it as a mantra to do whatever it is they would like to do. Stop pretending like you don’t have someone in your life who is a little ghetto. Heck, stop pretending like you don’t do things that are a little “ghetto.” Don’t get me started on the fact that most women in Hollywood use extensions during photo shoots and on red carpets, so let’s stop fooling ourselves that “ideal white beauty” doesn’t include fake hair.

Also, I’m fairly certain hurling trash, racial slurs, and misogynistic insults at a high school football game is much more “ghetto” than a clip in hairpiece.

5. Black people do not always agree with one another. Stop using pronouns like “they,” and “them,” to simplify the perspective of all black people. No race agrees across the board (see Stephen Smith or Mark Cuban’s video above and search the fallout of both of their perspectives). We have to start evaluating others based on character, and not on the color of each individual’s skin color.