I was an anxious eleven-year-old with knock knees when my mom and I finally sat down to have the conversation about the birds and the bees. We’d just returned from a walk where my oldest sister (she was twenty-one at the time) mentioned something about sex. My mother quickly hushed her, and I was even quicker to respond with my pre-teen wisdom,

“Mom, I already know what sex is.”

It seemed so brazen rolling off of my lips, but I was tired of the charade. I’d learned about the basic mechanics of sex when I was five years old. I will never forget hearing the regurgitated sex-education lecture in between the terribly uncomfortable ride to school on the big yellow school bus. With each bounce, she told me a new detail. I furrowed my five year old brow with every sordid detail of this back-of-the-bus education I received. I was oddly fascinated, and wondered why anyone would be interested in sex. It seemed animalistic to my five year old senses. It seemed so barbaric, in fact, that I believed that people only had sex for procreation, and each person only had sex once in their lifetime.

At that point, it seemed perfectly understandable why everyone was preaching abstinence. I certainly wasn’t going to sign up to have babies with someone I wasn’t married to…especially if you only get one shot at this sex thing. No, I would wait to have sex until I was married. That was the end of it.

This illicit knowledge burned in the back of my brain, but was filed away for the time being. I didn’t really need to know anything about sex, and there was a part of me that regretted hearing that lecture on the back of the school bus. Now, I had to explain to my mom what I knew and how I knew it. There was a lot of pressure riding on this conversation. I felt guilty for knowing anything, and guilty that she hadn’t been the one to tell me.

“Tell me what you know,” My mom coaxed sitting across from me at the kitchen table. I was ready to re-tell my mom what I knew. At least, I thought I was ready. Then, an old familiar feeling re-surfaced. Tears welled up in my eyes. The back of my neck felt blazing hot. Nothing was going to stop these tears from falling down my cheeks. I cried for about fifteen minutes straight, and my mom, careful not to make me any more uncomfortable than I already was, abandoned the conversation. It was obviously too much for me to handle.

Let’s face it, sex makes Christians uncomfortable. The church neglects the conversation about sex except to tell its congregants not to have sex until each is rightfully married. In many ways, Christians are much like my mom: sitting across from us at the table, unable to approach the subject…because the Church has acted perpetually like eleven year old girls with illicit knowledge. It is almost as if church leaders fear that addressing the mention of sex, thought of sex, or (gasp) desire to have sex, will lead Christians to temptation…which will lead Christians to sin…and Paul tells us that sexual sin is the only sin you commit against yourself.

Yes, the topic of sexuality is a slippery slope in the church. Often times, congregants are encouraged to suppress our sexuality until marriage, at which point, we’ve been promised that sex will be this beautifully uncomplicated and wonderfully executed activity in a true, Godly marriage.

Unfortunately, for most of us, this promise does not come to fruition. In The Holiday, Amanda Woods utters, perhaps, my favorite quote about sex,

While the church’s only message about sex seems to be NO, Christians have become the punchline of so many jokes. Society asks Christians questions that we don’t have the answers to,

“Why buy the car if you haven’t taken it out for a test drive?”

“How will you know what you like if you haven’t at least experimented?”

“How can you judge when you haven’t been in their shoes?”

“What do YOU know about sex…you’re a virgin?”

I’m going to let you in on a little secret: preaching suppression doesn’t work. It doesn’t. The church cannot ignore the fact that burgeoning feelings of love and trust can lead two God-fearing people into the bedroom. We cannot pretend that the only messages single people are hearing about sex are from the media. We cannot pretend that we aren’t tempted EVERY SINGLE DAY to succumb to the feelings of love and desire as single people. We cannot ignore that there aren’t very many sex scenes between married people in romantic comedies. All of us have accepted the fact that married people have sex, and that sex is not exciting; it is expected. Sex outside of marriage is sold to us in the most beautiful ways (think The Notebook, or Dear John…or any beautifully redeeming, never-ending love story). If the church continues to act as I did as an eleven year old girl, knocking knees and staying silent on the topic of appropriate sexual expression, single Christians will entertain their desires in ways that create deep-seeded wounds that follow them into marriage: whether in thought or deed. We have been conditioned to believe that sex is a sin; and that doesn’t readily disappear in a marriage. Sex will become something it was never meant to be…

We’re not married; we’re going to have sex, and a lot of it, outside of marriage….AND I’m cheating on my fiancé…but OMG ISN’T THIS THE MOST BEAUTIFUL LOVE STORY EVER!?!

Enter in pornography and erotica. It is totally unsurprising to me that there is a correlation between religiosity, conservatism, and pornography. It has become a haven for men and women of faith to “experience” sex without actually experiencing sex. OF ALL PEOPLE, I have been preaching the merits of fiction as a means to read about something without actually experiencing it. I’ve taught ninth graders books that have been banned…or perhaps, should have been banned. So, why would I never recommend reading books like Fifty Shades of Grey for single, Christian girls? 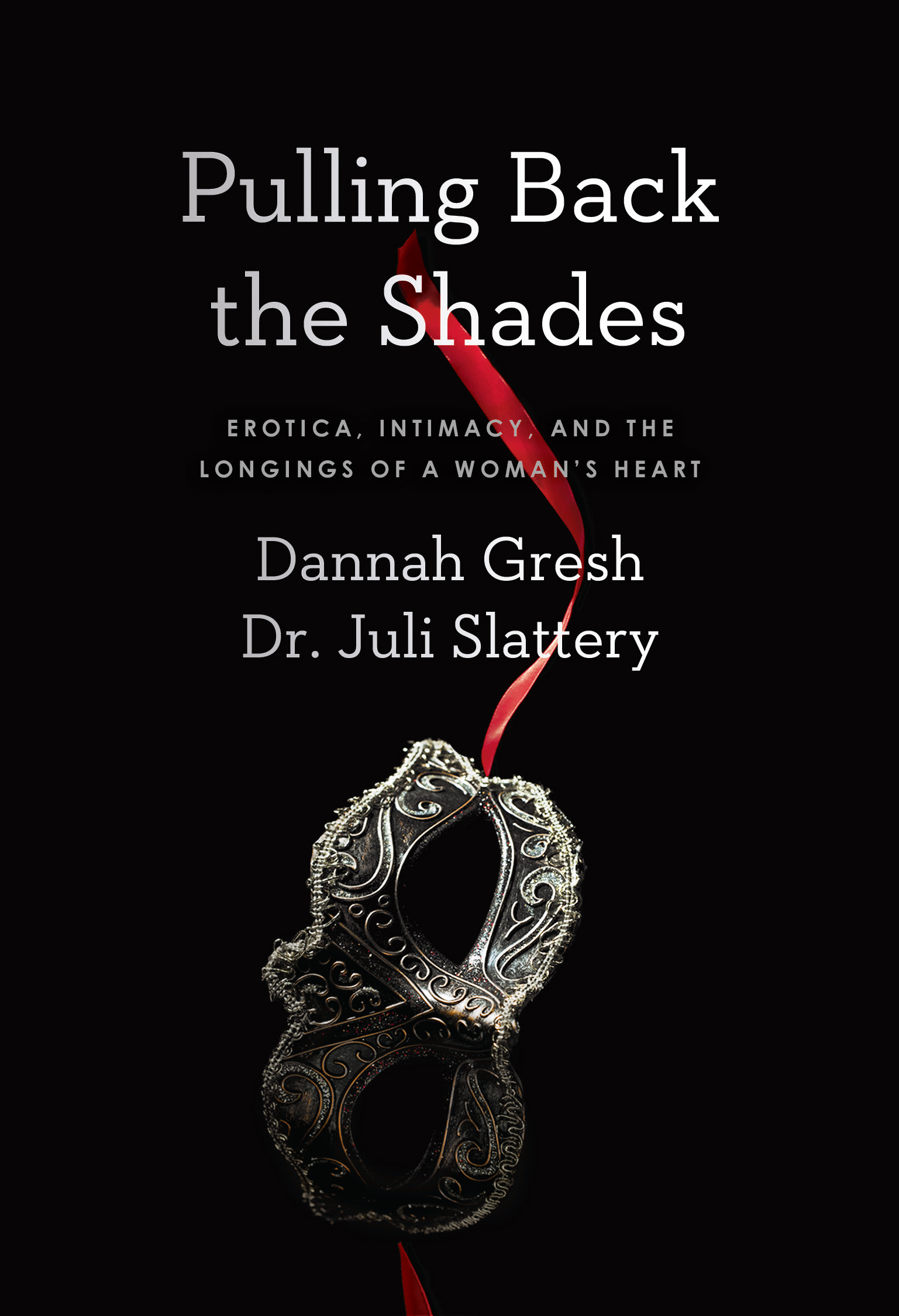 “There seems to be a great dividing wall between the spiritual side of a woman and her sexuality, ”

Gresh goes on to add, “I believe one of the great failures of the church is programming women in singleness for sexual repression by hiding them from the notion that they are created to be sexual. That is not God’s plan for purity.”

Christians are bad in bed because we’ve neglected God’s purpose for purity; God never meant to keep us from sex. Au contrair, mon ami. God wants you to have sex…and lots of it. He just doesn’t want you to ruin your appetite for dinner because you’ve skipped right to dessert. Sugar alone cannot sustain you. You’ll always be looking for more sugar, and you will never, ever be satisfied.

Sex was meant to be spiritual. It is time for the church to encourage all Christians to be bad in bed… In the very best way.

Enter below for your chance to win Pulling Back the Shades, an easy read for all Christian women who want to have great, Godly intimacy.