It’s no secret that teachers get into education because they want to make a difference.

Or at least, that’s why I decided I wanted to become a teacher. It was the beginning of 2009 (perhaps my defining year) and I accepted a position as a secretary for an Atlanta real estate company. I remember the interview vividly as the president furrowed his brow and said,

“Are you sure you’d be ok with fetching my green tea every morning?”

I didn’t quite understand his question. I was over-qualified to fetch his tea. He knew it.

“Of course!” I eagerly responded; desperate for a paycheck.

Atlanta was once an inflated balloon filled with entry level job opportunities, and had now deflated due to the popping of the real estate bubble. Our economy was devastated. I wanted to work in advertising (or really any type of writing position), but many companies had scaled back on their marketing; advertising companies were not handing out positions. Especially not positions to applicants who were idealistic and had no interest in the bottom line. My deepest longing was to work to make a difference. It wouldn’t ever happen in advertising.

And it certainly wouldn’t ever happen in my role as a secretary; not for lack of opportunity, but because of my lack of interest. I was complacent, and never content. I was in the rat race, but certainly not in an ‘important’ role. I was a lowly secretary and I acted as if my role didn’t matter. I was bored out of my mind and my work performance showed it. I wanted to be promoted to something, anything else, but I didn’t care enough about my company to start making a real difference in my existing role. I didn’t know how to be a good employee, or, perhaps, I didn’t want to be a good employee. I needed to make a change in my life, but I would’ve never made the change without a little push

I got fired after eight short months at my company. It took me a while to see it, but it was the best thing that ever happened to me. The president had the foresight to see that I was never meant for that role; it would never satiate my deepest desires as an employee. As an out-of-work secretary, I had to start to define what that desire looked like in the working world.

Unemployment was difficult. I wouldn’t wish for my worst enemy to be unemployed. I asked real questions to the God I’d never questioned before,

Have you forgotten about me?

Am I being punished?

What am I supposed to learn?

Then I stopped questioning and started hustling. At first, I just wanted to get hired. I e-mailed everyone. I made four different resumes (one was multi-colored) and spent hours on job hunting websites. I asked friends for jobs. You know how many people I heard back from? Zero.

Instead of getting exasperated, I began to seek God every single day. I knew that he was moving powerfully in my life, because I began to make visible changes in my behavior. I began to lean on Christ for everything. This new-found dependence on God brought me the greatest freedom I had ever known.

I devoured Zig Ziglar’s words and his insistence upon making goals. And so began the practice of writing down EXACTLY what I wanted and the short term steps to get there. I began to recognize that God had given me everything I needed to get into a job that was fulfilling and that engaged all of my talents. I just had to USE what he had given me. For so long I treated God like a genie; I didn’t understand that God wants a relationship, and not to idly grant wishes.

As I asked for God’s will in my life, he began to open doors for me to return to school and get my MAT. I had never wanted anything more in my entire life than a teaching position. ESPECIALLY after I got in the classroom. I loved speaking truth over my students; attempting to get them to see themselves the way I saw them…and without saying so, the way God saw them.

A friend of mine approached me this weekend, as smoke circled our conversation space in the bar the night before our 10 year reunion. He shared a little anecdote from the winter of 2010, when chance would have us meeting in a bar parking lot. I was already a semester deep into my student teaching and loving every second of it. I didn’t remember the details of this particular conversation, but he did. 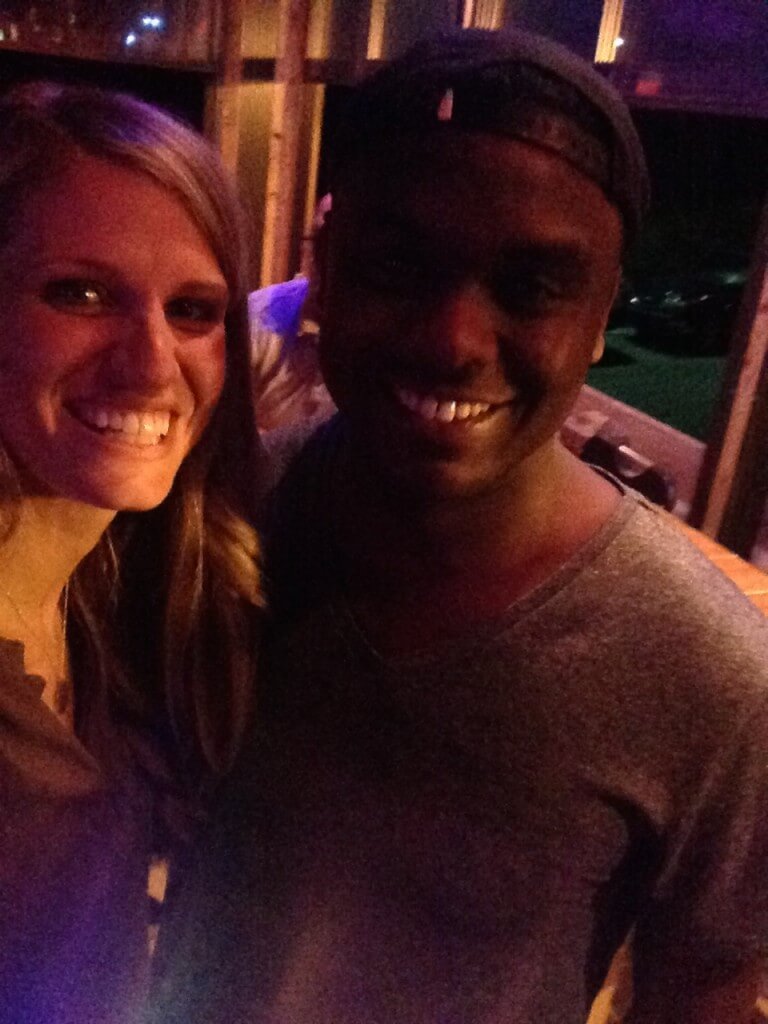 Saturday selfie with my dear friend

“Bekah, do you remember what you told me that night?”

“Vaguely,” I remember a very pleasant interaction between the two of us with my hometown gal pals in the backseat of my bug. We hadn’t seen him in a while, and I couldn’t wait to talk to him. We’d talked about what we were doing for a living, and he was working at said sports bar. He was complacent, but not content. I knew that feeling all too well.

I smiled; I started to remember more details from the conversation.

“I didn’t hear it then. But eventually, those words changed my life.”

Never, in my twenty-eight (almost nine) years of life have I gotten a lovelier, more important compliment. My deepest longing was to make a difference; God provided a way for me to do so. Not in the classroom, necessarily, but in my mobile classroom.

Words are powerful, teacher friends. You never know what kind of difference you can make when you help your students (and friends) see themselves the way you see them. Keep doing great work.