I got an exclusive interview with the Chris Tomlin guitarist, Daniel Carson, in preparation for this particular review. How exclusive?

Try sitting on his kitchen stool in the middle of boxes filled with his family possessions while watching his beautiful wife feed his infant son eat some peas.

Ok, so it wasn’t exactly a planned interview; and I suppose I didn’t necessarily need to schedule time as his wife has been my very best friend for nearly a decade. In many ways, Daniel has been an answered prayer for the woman who I have leaned on throughout every season. Over the last few months, I have needed her more than ever as both of us entered into the world of motherhood. On especially lonely days, I would simply send a text message that looked something like this:

“I need adult interaction. Can I swing by?”

On this day, I was sadly bidding farewell to my very best friend as her and her family packed up their home to make a move to Tennessee; talk about a bittersweet kick-off to the holiday season. 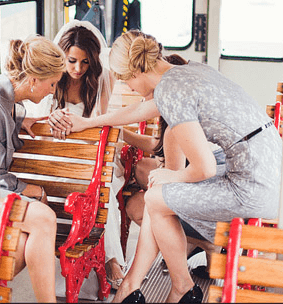 My sweet friends praying over the bride before she stepped toward her future. I didn’t pray; I couldn’t pray. I was bawling like a baby. Photo courtesy of Ben and Colleen Photography

Beautiful bride and groom; Photo courtesy of Ben and Colleen Photography (click photo for more of their work)

On my best friend’s wedding day, a supremely joyous occasion, I was so overcome with joy and emotion that I couldn’t get out a prayer before Bren walked down the aisle. I was so thankful that she found the man she had been waiting for that I couldn’t speak. All my emotions turned into tears.

So, you can imagine that the last moments we had to spend together while she was still in the city of Atlanta were an attempt for me to keep it light. Lurking just behind my eyelids was a river waiting to flow. And so, my exclusive interview began as Daniel rummaged through the kitchen, and we laughed about sweet baby Judah’s epic snot rocket. My baby boy sat atop the marble countertop, and looked at his best friend in approval. Nice one, I am sure that is what little bear was thinking.

What should we (the people) know about Glory in the Highest the Deluxe Edition? 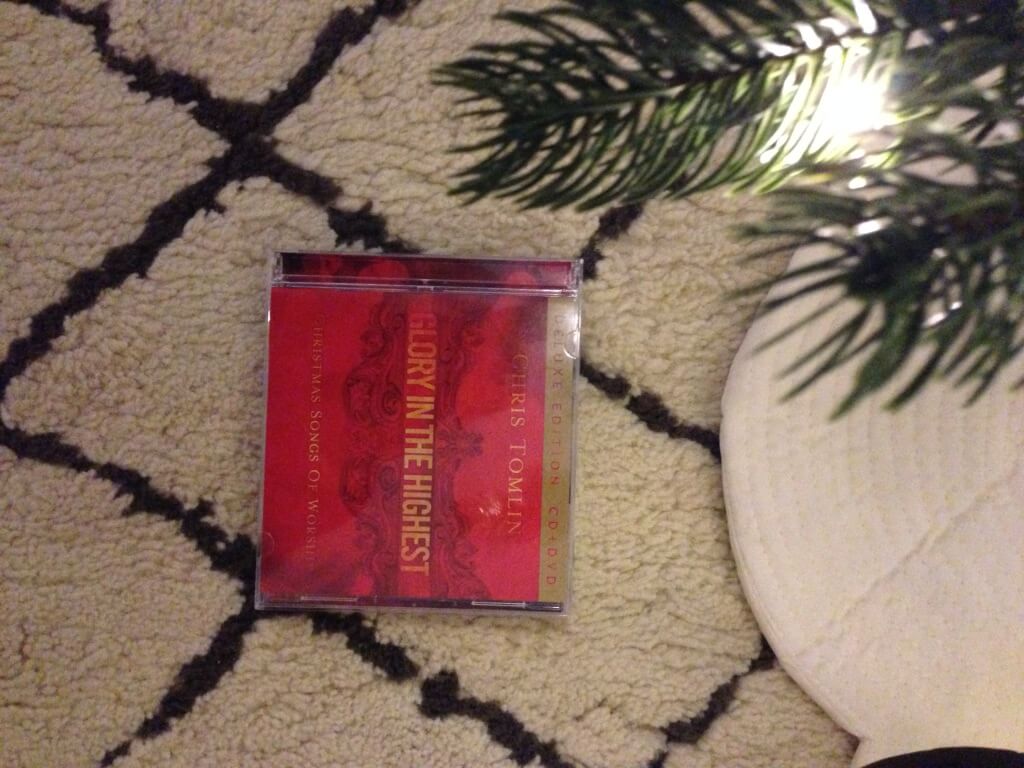 Currently listening to this.

Daniel mentioned that Glory in the Highest was originally recorded in 2009 in Oceanway Studios, a gothic revival church that has since been converted into a recording studio. The acoustics within the building gave the album an authentic experience as if the listener was a part of a night of worship; and this was very important to the Chris Tomlin frontman, Chris Tomlin.

How did Chris choose the songs that would be on the album? 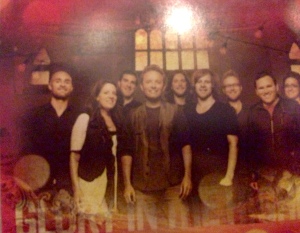 Instead of choosing songs that were playful and light, Chris wanted the album to be as ‘worshipful’ as possible. And it is. I spent the better part of my trip to Savannah listening to the album with gleaming tears (shocking I know) thinking about the wonder of the night.

Perhaps one of my favorite songs on the album displays just how humble a guy that Chris Tomlin truly is, Winter Snow, only features Chris in the chorus, as Bren pointed out, he believed Audrey Assad had the vocals to really capture the heart of the song; the quiet, the still, the wonderment of the way our savior came into the world. There were no fireworks; no trumpet brigade. Our God humbled himself and broke “the silence of 400 years” as a crying baby (words from Louie Giglio in the 12 words of Christmas message).

What is different about the standard version versus the deluxe version?

The deluxe version features an exclusive (really exclusive) message from Pastor Louie Giglio, who recently made headlines by encouraging churches to re-instate advent (expectation in waiting) into our Christmas traditions. The message is simple and clear: Emmanuel, our God is with us. Louie expounds on the depth of the season, using anecdotes that truly capture what it means to have our savior abide with us. This hour-long message is a great message to watch with the family on Christmas morning, if you’d rather ‘do church’ in your brand new Christmas jammies.

This album is perfect for just about any Christmas occasion. For me, it put the focus of the season in the right place; I listened to each of the songs en route to my race in Savannah and realized just how vulnerable our Lord was, and just how good God is. Remembering that Christmas is about God’s glory, that the God of the universe is humble, and that he loves us enough to have sent his son to fulfill his promises to his people makes me realize just how powerful Christmas can be. That is, if we put our focus on that little baby, rather than elves on the shelves, Santa Claus, and pink pigs (all of which we are doing in the Carrington house…I digress)

I think what has been truly remarkable about this season is thinking about Mary, as she birthed a baby in a cold stable. She gazed into the eyes of her little boy, knowing fully that he was not hers to keep. She must’ve known that in her arms, she was holding the hope of the world. Wow.

Such a moment deserves an album like Glory in the Highest by Chris Tomlin: a pure worship album about the wonder of the Christmas season.

And as for my best friend, her husband, and my little boy’s best friend, that particular afternoon together will be a cherished memory before our next visit together. Hopefully it will be sometime during Christmas, as they are all a gift from above ;).

Please enter below for a chance to win a $25 gift certificate from Family Christian.